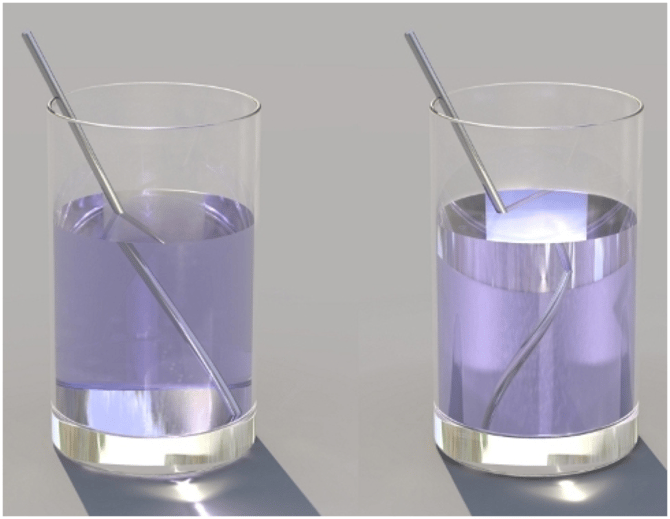 Metamaterials are artificial materials that can achieve electromagnetic properties that do not occur naturally, such as negative index of refraction or electromagnetic cloaking. The theoretical properties of metamaterials were first described in the 1960s by Victor Veselago, who focused on the purely theoretical (at the time) concept of negative index materials. His concept became a reality in the turn of the century.

A metamaterial typically consists of a multitude of unit cells, i.e. multiple individual elements (sometimes referred to as “meta-atoms”) that each has a size much smaller than the wavelength that it interacts with. These unit cells are microscopically built from conventional materials such as metals and dielectrics like plastics. However, their exact shape, geometry, size, orientation, and arrangement can macroscopically affect light in an unconventional manner such as creating resonances or unusual values for macroscopic permittivity and permeability.

In the past 10-15 years, significant developments in optical metamaterial design, engineering, and fabrication has created excitement among researchers and consumers alike. Viable products are being developed and commercialized at an astonishing rate. In the coming years, we will marvel at the incredible technological revolution that is made possible by metamaterials and the engineers who are creating them.