Dr. McCoy’s medical tricorder from the iconic Star Trek series is an ideal which medical researchers and device developers continue to pursue: a non-invasive, point-of-care, diagnostic tool, able to see inside the human body and make an immediate diagnosis. However, a fundamental challenge is that the skin reflects electromagnetic waves and prevents incoming signals from entering the body.

This article is the second of a three-part series. Part 1 covers the long-term trend toward point-of-care (POC) technologies and companies involved in diabetes management. Part 2 examines medical imaging including mammography and MRI, and Part 3 explores traumatic brain injury (TBI), concussion, and stroke.

X-rays were discovered in 1895. Six months later, they were being used to locate bullets and broken bones in wounded soldiers. The use of x-ray imaging to detect breast cancer was suggested as soon as the early 1900s, but it was not until the 1960s that image quality improved enough for mammography to become an accepted technology.

Millions of breast cancer patients are diagnosed each year, with over two million new cases reported in 2018. As the leading cause of cancer deaths among women, breast cancer diagnosis and treatment has become a major sector within the medical industry. According to BCC Research, the global market for medical imaging is expected to grow from $34.1 billion in 2018 to reach $43.6 billion by 2023 at a compound annual growth rate (CAGR) of 5.1 percent. While modern X-ray technology has greatly improved the accuracy and efficacy of mammograms, they still rely on ionizing radiation that can be dangerous to the body over time.

Today a number of medical research and technology companies are working to establish safer scanning methods capable of providing accurate and effective diagnostics without the need to attend a hospital or clinic. This move to “decentralize” the medical industry has proven to reduce costs and inefficiencies within the medical system. For example, studies conducted by the Harvard School Of Public Health on decentralization in healthcare demonstrated the potential for decentralization to improve resource equity in medical systems.

Medical technology company Hologic Inc. (NASDAQ:HOLX), which is focused on the development of medical devices related to women’s health, is working to improve the safety of current mammogram technology by offering a device that uses a low dosage of radiation in order to develop an image. In 2018, Hologic Inc. signed a global partnership agreement with Royal Philips (NYSE:PHG, AEX:PHIA), a global leader in health technology, to provide Philips with select products from the Hologic breast health product portfolio. Today Philips offers a number of mammography devices, including a Digital MicroDose Mammography that is capable of providing a high-quality image while using anywhere from 18 to 50 percent less radiation.

Among the adverse effects of mammography are false positives, which may cause psychological and behavioural changes, and ionizing radiation. Exposure to X-rays increases the risk for developing breast cancer over time. Non-ionising radiation in the form of radio waves (300 MHz to 300 GHz) is emerging as an alternative technology for medical imaging.

Metamaterial Inc. is developing MammoWise, a radio-wave imaging system for breast cancer screening. This technology is not intended to supplant mammograms or MRI imaging, but rather to expand screening procedures to a large pool of younger patients in a cost-effective and reliable manner. Enhanced early detection, without side effects, including physical and emotional stress, could help revolutionize future breast cancer prevention, detection, and treatment. 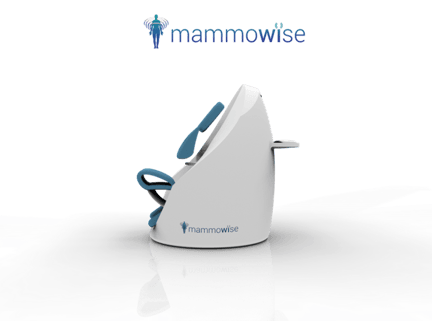 “Our aim is not to replace current breast screening or stroke detection imaging methods, but rather to make them accessible to all, regardless of their age, location, or wealth. This requires low-cost, portable POC devices that are widely accessible but also accurate enough to be trusted by clinicians and doctors. Our imaging algorithms and metamaterial solutions to enhance data quality give us confidence that such devices can become reality in the near future with the use of radio-wave technology that is affordable and operation-independent,” said Dr Panagiotis Kosmas, Co-Founder of MediWise, and META’s VP in Biomedical Engineering,

Metamaterial Inc. is also developing unique microwave imaging algorithms in collaboration with King’s College London, which has shown to provide enhanced resolution in imaging breast phantoms in peer-reviewed, widely cited studies, as well as robustness in dealing with uncertainties in prior information required to improve reconstruction accuracy. 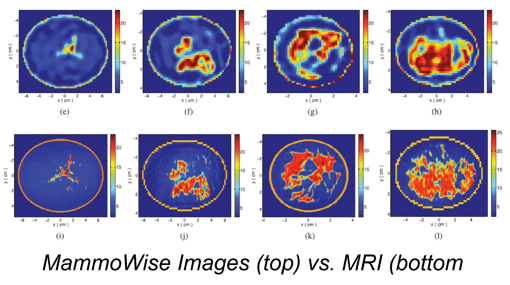 Magnetic resonance imaging, MRI, for medical applications was developed in the 1970s. The first full body scan of a human to diagnose cancer was conducted in 1977. MRI uses a strong magnetic field and radio waves to generate images of parts of the body.

There is an inherent trade-off between cost and image quality for MRI scans. The level of detail, or image resolution, generally depends on the field strength of the magnet, which is measured in Tesla (T). Higher field strength systems cost much more. Of about 50,000 machines installed worldwide, more than 70% have 1.5T magnets, 3T and larger systems account for <20%, and the remainder are smaller, <1.5T machines. 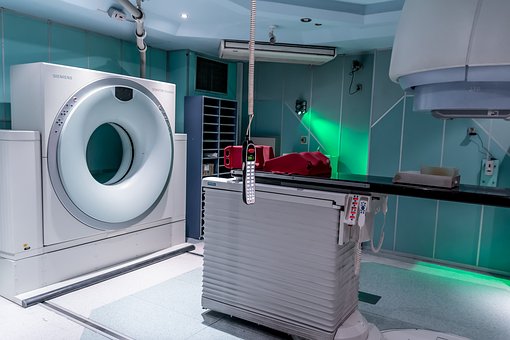 Higher resolutions can also be achieved by increasing scanning time, however, since MRI machines are expensive and require costly infrastructure, longer scans can reduce patient throughput and increase the cost per scan. Depending on the part of the body being scanned, an MRI may take 45 minutes or more, during which the patient must lie in an enclosed space. By improving the signal-to-noise (SNR) ratio for MRI machines, these improved devices have the ability to shorten scan times while achieving the desired resolution. This has the potential to reduce the amount of electric power consumed by the MRI machine which can reduce the overall cost per procedure.

Metamaterial Inc. is working to develop metaSURFACE™, a passive resonator designed to increase the SNR of an MRI machine by up to 40 times, resulting in higher image quality and shorter scanning time. Prototypes have been tested in humans in collaboration with the Leiden University Medical Center in the Netherlands. Research funding has been provided by Innovate UK (part of UK Research and Innovation), a non-departmental public body funded by a grant-in-aid from the UK government. 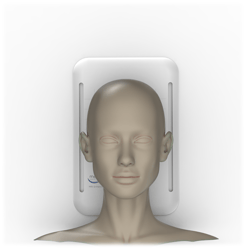 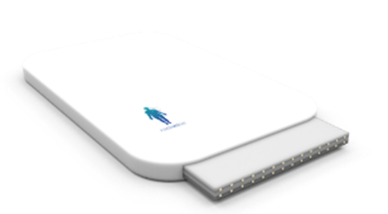 Medical devices such as MRI machines and mammography units are increasingly playing a role in the healthcare system by providing critical diagnostic information. As aging populations continue to rely on these devices, innovative companies are working to decentralize the medical diagnostic industry through the development of advanced devices capable of providing patients with safe and reliable data both inside and outside of hospitals and clinics. As the capabilities of these devices continue to improve, opportunities for both investors and stakeholders in the healthcare industry are expected to emerge.