The Power of Light

Light is a form of energy that illuminates our world. From ember-red autumn leaves, to white snow-covered mountains, to the glowing colours of a sunset – our eyes have become capable of seeing these beautiful sights because of light.

So, what exactly is light?

Light is a form of energy, usually produced by matter. The building blocks of matter are atoms, which has a nucleus that is surrounded by electrons. The nucleus holds a positive charge, while electrons are negatively charged. The electrons will normally remain at the same average distance from the centre of the atom. However, the theory of quantum mechanics allows this distance to change. When this happens, the electron may find itself closer to the nucleus, which also implies that it carries less energy. This energy reduction causes an equal amount of energy to be released as a photon: a particle that has no mass and moves at the speed of light. When a photon interacts with matter, it does so as a wave – known as electromagnetic waves, as it displays both electrical and magnetic components. In everyday terms, photons and electromagnetic waves are light.

How do we see light?

As light moves through space, it reaches the back of our eyes, where the photos are converted to electrical signals that are then processed by our brain. Our brain detects the appearance, location and movement of the object we are looking at. This type of light is known as visible light, which is the visible part of the electromagnetic spectrum detected by the human eye. 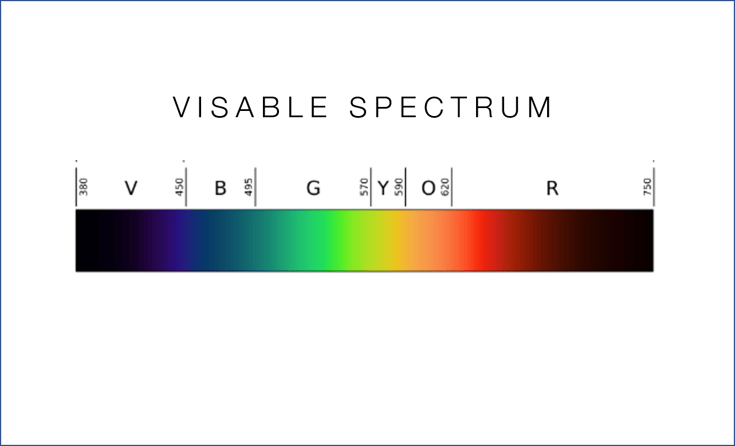 Many objects exhibit a combination of the above behaviors.

How do we see colour?

How fast is the speed of light?

Light travels at 299,792,458 kilometers per second. To put that into perspective, the circumference of the Earth is approximately 40,000 kilometers; in one second, light can travel around the Earth seven and a half times.